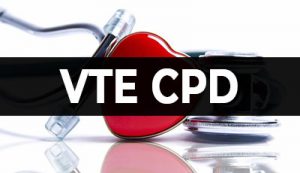 Eligible individuals or institutions desiring to be members of GSC under Article V of the GSC constitution, shall apply to the General Secretary/President on a prescribed application form. All applications for membership shall be scrutinized by the Executive Committee. The Committee shall evaluate the biodata, training, research, publications, and other evidence of interest in cardiovascular medicine. Membership to GSC is obtained upon approval by majority of the members present at an Executive Committee Meeting.

b.     Privileges of Membership

Members of the Society shall have the privilege to attend and take part in all general meetings, conferences, lectures, discussions and demonstrations.

Members shall receive copies of all proceedings and publications of the Society from the date of their membership and attend special activities for free or at such terms that the Executive Committee may determine from time to time. Members may have free subscription to international journals through the society’s subscription.

Only ordinary members in good standing shall have voting rights and qualify to contest for any executive office.

c.      Resignation and Termination of Membership

iii.  If a reported conduct of any member is deemed by the Executive Board to be prejudicial to the interest of the Society, the member shall be requested to resign from the society. In the event that said member refuses to do so, his/her name shall be removed from the register provided that, at least, 2/3rd of the members present at a meeting of the General Assembly vote in favour of his/her removal.

Any person whose membership has been terminated under bye-laws may become a member again upon paying all outstanding membership fees and dues. However, termination under gross misconduct shall be re-admitted only upon, at least, 2/3rdmajority favourable votes of the members present at a Special General Meeting.

These figures may be reviewed by the executive committee depending on the economic circumstances and subject to approval by the General Assembly.

The President shall be elected from among the members of the GSC who is in good standing for at least five (5) years in the society. He/she shall hold office for a term of two (2) years and shall be eligible to a maximum of two (2) terms. The President shall relinquish his/her post at the end of maximum 2 terms, and shall not be eligible for re-election into that post again. The President shall preside over and regulate the proceedings of meetings. He shall, besides his ordinary vote, have a casting vote in case of equality of votes among members. In his absence, the vice-president shall officiate on his behalf, failure of whom, a member elected at the meeting shall perform those duties.

The Vice-President shall assist the president in the performance of his duties.

The Treasurer shall be elected for a term of two (2) years and a maximum of two (2) terms. The Treasurer shall relinquish his/her post at the end of a maximum 2 terms, and shall not be eligible for re-election into that post. He/she must be in good standing for at least three (3) years. The Treasurer shall collect all monies due to GSC, pay authorized bills, make disbursements within the limits of the annual budget and maintain vouchers and records of all such disbursements and prepare audited accounts to Executive Committee and General Assembly. For purpose of operating GSC accounts, the Treasurer and either the President or the General Secretary shall be lawful Signatories to any cheque issued by the society.